Why we Need to Shift to Electric Vehicles? And It’s Benefits 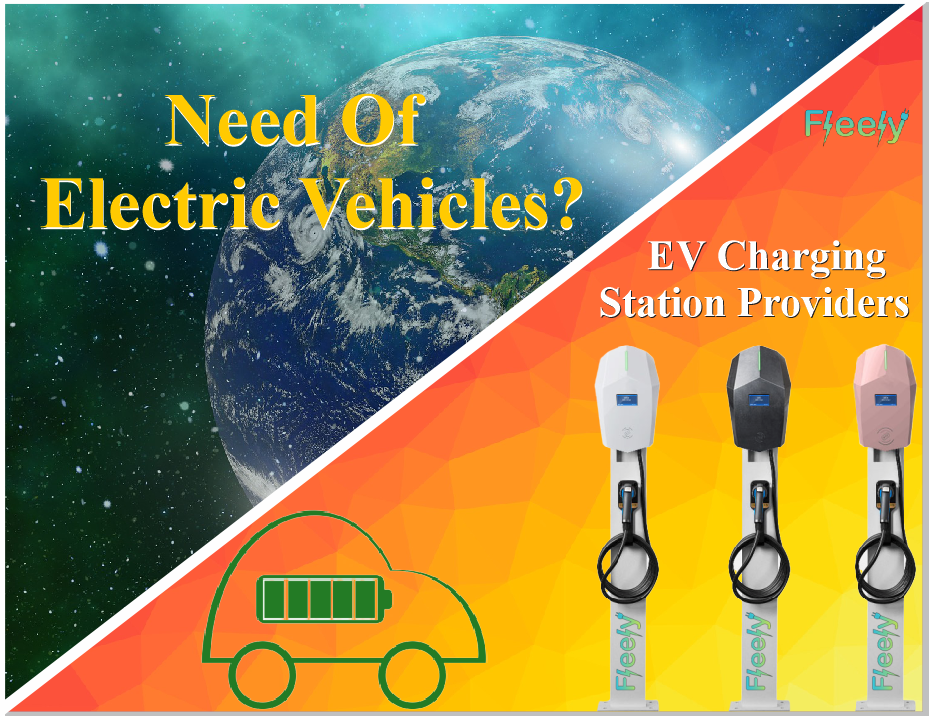 Future India will ride in electric vehicles if one goes by the pronouncements of the country’s policymakers. The air will be cleaner. The level of noise as well as the oil import bills will be down. And, if everything goes according to the Central government’s reported plan, India will be a manufacturing hub for EVs, just as China is of many industrial products now. Need of Electric Vehicels

Now the question which arises in everyone’s mind is:

Why do we need Electric Vehicles?

In this blog I am going to give an overview of why do we need electric vehicles and its benefits. 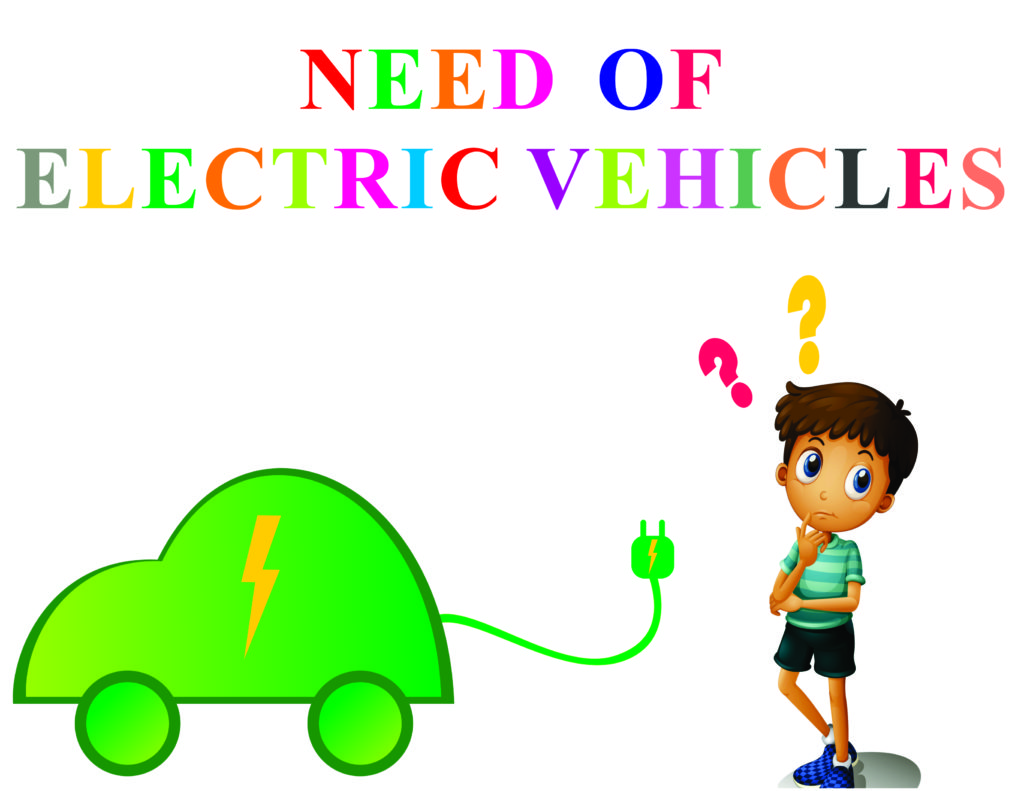 Industrial pollution contributes about 51% of air pollution and vehicular emission has a share of about 27%. These two are the most basic reasons behind the rapid rise in air pollution in India. The ranking of India is in one of the top countries which have high air pollution. As per a study based on 2016 data, at least 140 million people in India breathe air that is 10 times or more over the WHO safe limit.

So for an alternate to Internal Combustion Vehicles Electric Vehicles are coming as the best alternate.

Air pollution in India has become a prominent issue. Indian Government is also worried about the rising level of air pollution. Due to the rise in air pollution, the breathing problem also rising. India is in the list of most air-polluted countries in the world. Climate change is one of the biggest challenges looming over society. With ice caps melting at a rapid pace, countries around the world are experiencing a drastic change in their climates, and wildlife is getting affected too. In urban areas air indexing quality is very poor. There are many reasons for that. But one of the topmost reasons for air pollution is the emission of harmful gas from combustion vehicles. This causes many types of health issues.

Health Issues Due to Air Pollution:

A life without health is like a river without water.

Air pollution has become a public health concern all over the world. Combustion vehicles emit large amounts of hazardous gases. Which are harmful to both nature as well as human. Many hazardous substances get mixed up with air particles and make air quality unhealthy. It affects our environment as well as harmful to our health.

Following are some gases which combustion vehicles emit :

As a result, these gases produce hazardous pollution which gets mix up with air particles.

Some of the common diseases caused by air pollution are :

Precautions taken by the Government:

Faster Adoption and Manufacturing of Electric Vehicles(FAME). The government has announced an outlay of ₹10,000 crores for Phase 2 of the Faster Adoption and Manufacturing of Hybrid and Electric Vehicles, or FAME 2 scheme, to boost electric mobility and increase the number of electric vehicles in commercial fleets. This scheme is to increase the production of EVs and build the charging infrastructure for EVs in India. 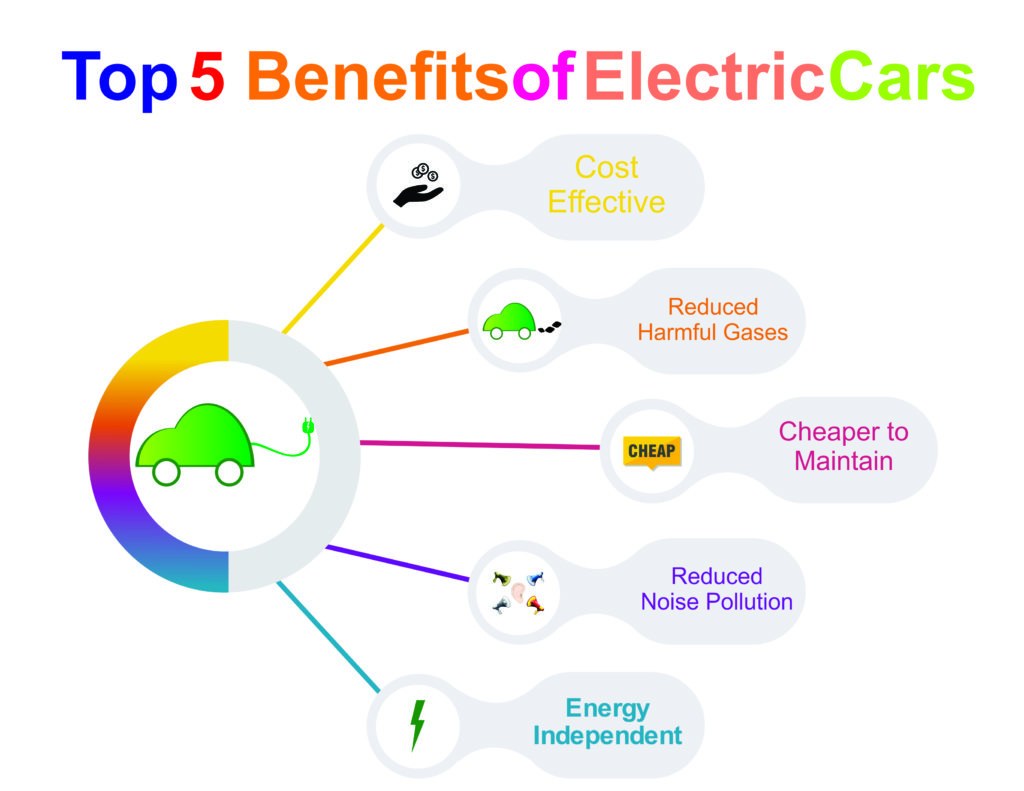 Cost-effective: As of now the current price of petrol in Delhi is around 70 Rs. per liter. Because of the high price of petrol, people are looking for some other means which can work at a lower cost. So for an alternative Electric Vehicles are coming as the best alternative for today’s scenario. The cost of an electric vehicle is lower than internal combustion engine vehicles.

Less Emission of Hazardous Gases: Electric cars emit less amount of hazardous gases as compared to Combustion Engines. Air pollution has become a public health concern all over the world. Combustion vehicles emit large amounts of hazardous gases. Which are harmful to both nature as well as human. Many hazardous substances get to mix up with air particles and make air quality unhealthy. It affects our environment as well as harmful to our health.

Reduce Noise Pollution: Electric Vehicles do not emit noise, they are most probably silent as compared to the combustion engines. Electric cars are quieter. This makes electric vehicles different from combustion engine vehicles.

The automobile industry is going to be revolutionized in the upcoming years, as Electric vehicles are going to be the future of cars. Electric Vehicles emit a lesser amount of hazardous gases as compared to combustion engine vehicles. The main reason behind this technology is to save our environment from hazardous gases and to minimize the extraction of natural resources.