The City of Durham and Durham County governments operate separate fleets with a total of approximately 340 light duty vehicles (LDVs), not including public safety vehicles. Both LDV fleets have traditionally been fueled by gasoline, but in 2007 Durham adopted a joint City-County Greenhouse Gas and Criteria Air Pollutant Action Plan. This Action Plan calls for a reduction of government emissions by 50% and community emissions by 30% from 2005 levels by 2030. Since the transportation sector is one of the largest sources of emissions overall, the Action Plan clarified the need for Durham to (1) create strategies for reducing government emissions and (2) provide leadership and support to the community to use alternative fuel vehicles. To help achieve these goals, both the City and County governments adopted an Electric Vehicle and Charging Station Plan in 2011 and launched a pilot project to evaluate all-electric LDVs, purchasing four Nissan LEAFs in March of 2012 for city departments (Neighborhood Improvement Services, Community Development, Inspections, and Planning) and two LEAFs in September of 2012 for use by county departments (Tax and Engineering & Environmental Services).

Reduced emissions were the primary reason for implementing the pilot project, not a financial return on investment. However, fleet operators expect electric vehicles (EVs) to have reduced operating and maintenance costs, and fuel and maintenance costs are being monitored and compared to conventional vehicles to assess financial performance. The simple financial estimates below are based on initial costs and operating expenses.

Durham selected the Nissan LEAF because it met the application requirements, significantly reduces vehicle emissions, and was the only mainstream all-electric passenger vehicle available locally at the time. All vehicles were purchased outright with no financing. Durham County paid $34,300 for each of its two LEAFs. The four LEAFs purchased by the City of Durham cost $36,480 each, with $17,990 paid for by an Energy Efficiency Community Block Grant and the remaining $18,490 paid by the City.

There is a $7,500 federal tax credit. available for the purchase of a Nissan LEAF, and that credit can be transferred from buyers that don’t have tax liability (such as municipal governments) to a willing vendor in exchange for a reduction in vehicle price. However, Durham’s vendor did not agree to such a transfer. Durham used several specific criteria to determine fleet assignments:

Durham’s sustainability staff developed a training presentation for potential LEAF drivers and provided test drives and training on recharging. There was no additional training required for vehicle maintenance and minimal training for facilities staff for the rare cases when a charging station must be reset.

Maintenance for the Nissan LEAF is minimal for the foreseeable future and at this point simply includes tire, brake and fluid checks as well as preventive diagnostics, with no need for oil changes. The LEAF’s high-voltage main battery is warranted for eight years or 100,000 miles.

Durham’s LEAFs are typically used during business hours, with enough off duty time overnight and on weekends to recharge at least sixty miles of daily battery range on conventional Level 1 (120V AC) electrical outlets. However, the County LEAFs typically recharge at two of the County’s twelve existing Level 2 (208/240V AC) public charging stations. The City decided to install two Level 2 charging stations at one facility that could be made available to the public while the LEAFs were in use, and two Level 2 charging stations in a controlled-access lot.

Costs for the charging stations (both equipment and installation) ranged from $1,375 per station at the City’s controlled-access lot, which only required consumer-grade hardware available at local home centers, to $17,200 per station at a County parking deck that required a significant electrical service retrofit to accommodate the stations. The ten other public stations ranged from $5,700 to $10,600 each, averaging $7,300. Federal grants paid for 45% of the cost of the twelve County stations and 100% of the cost for the four City stations.

The fleet vehicles replaced by the Nissan LEAFs had been driven an average of 4900 miles per year over their lifetime. The conventional replacement would have been a Ford Fusion. Odometer readings for the LEAFs show that in their first year of use they averaged 2400 miles, or 200 miles per month. Odometer readings for the next four months showed a 25% increase to 250 average miles per month per LEAF. This will be an important trend to monitor, as additional utilization provides significant fuel cost savings. Figures 1 and 2 below illustrate the impressive cost savings and payback periods that come from higher, more typical vehicle utilization rates.

Durham purchases gasoline via bulk contracts at a reduced rate, but the LEAFs are still saving at least $290 per year per vehicle compared to the Ford Fusion at their current utilization. They will provide even greater savings with utilization that approaches more common fleet vehicle mileage averages, and fleet operators with comparable electricity rates and higher gasoline costs will have greater costs savings.

In addition to their emissions reductions, future EV purchases may need to be justified based on their return on investment. The purchase grants for the city LEAFs generated a nearly instant “payback” from their fuel savings, but combined with the two full-price county LEAFs at a utilization of 5,000 annual miles, it could take up to 12 years for them to recoup the higher purchase price at current gasoline prices. Though utilization of Durham’s vehicles is somewhat limited by the city-county service area, driving 40 miles per day, 50 weeks per year would result in 10,000 annual miles and reduce that payback period to six years. Potential payback periods for scenarios using a 2013 Nissan LEAF base model, at the MSRP of $28,800.

Durham was the only NC city to be recognized by the Government Green Fleet™ award program in 2012, receiving an honorable mention. Incorporation of electric vehicles is seen as a new method for Durham to improve its fleet operations and demonstrate leadership, and the LEAFs have been well received with drivers. Durham’s City-County Electric Vehicle and Charging Station Plan recommends that departments change their fleet policies to procure additional EVs as budgets permit, wherever an EV is feasible for the application and a cost-benefit analysis shows that they are competitive with conventional replacements. As prices for electric vehicles continue to decline and conventional fuel costs stay the same or rise, EV utilization and purchases are expected to increase. 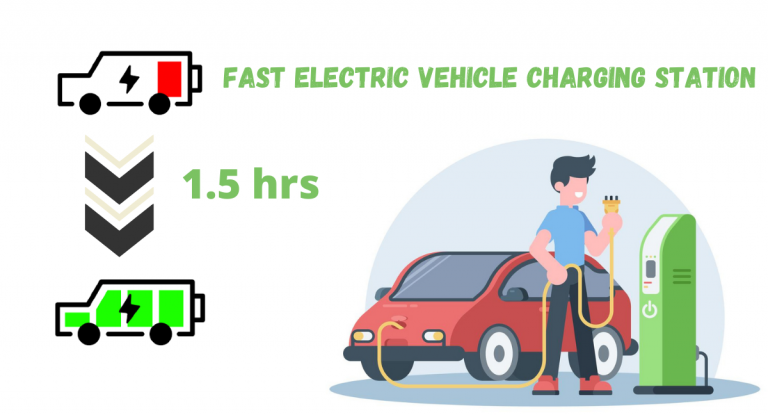 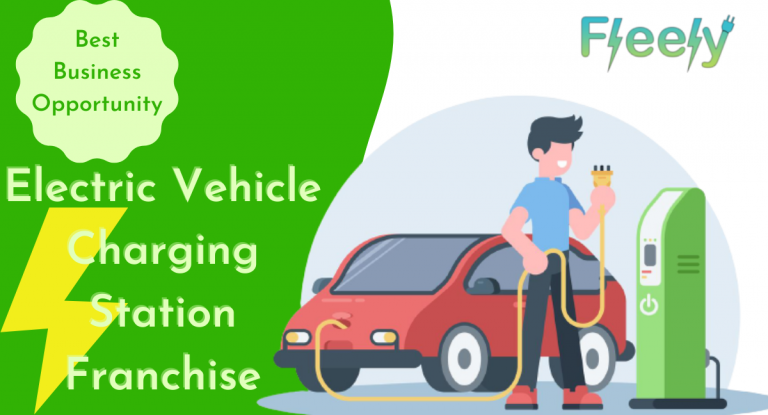 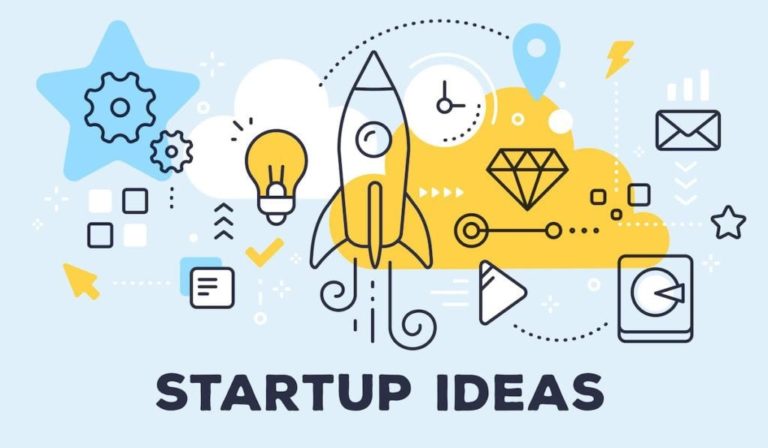 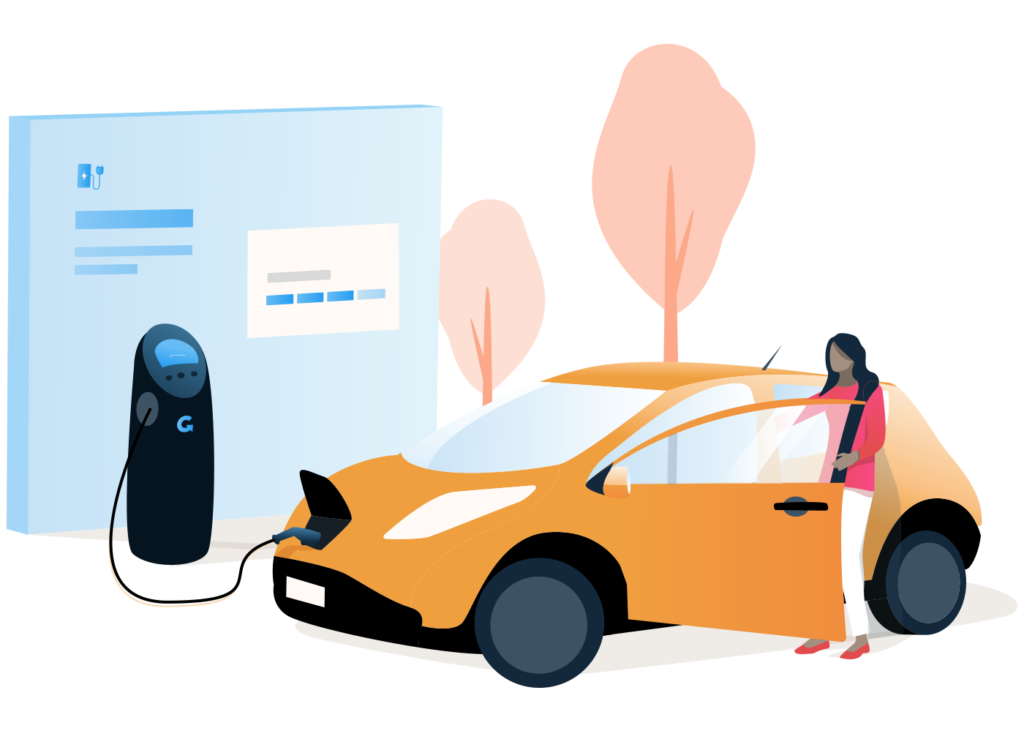